Our history has always been HIS-story, where men singlehandedly fought and won battles and women remained invisible. It’s only at the turn of the 19th century that we began to witness women groups assert their rightful place in the society equal to men.

In the Philippines, women has been relegated to a subordinate position relative to men especially during the colonial Spain’s reign. In the modern era, while gender discrimination amongst women and other gender groups, still persist, it can be said that women’s status in the society is better than it were two centuries ago.

Let us acquaint ourselves with some of the most powerful women in the Philippines in the field of business, law, and public service. 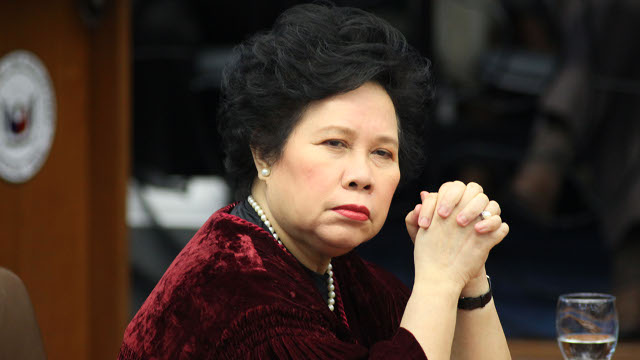 Senator Miriam Defensor Santiago is considered as the fiercest and one of the best senators in the country. She is also the best-selling author of Stupid is Forever and Stupid is Forevermore.

Before becoming senator, Santiago served as immigration commissioner of the country and the first Asian judge of the International Criminal Court. And, she also became UN High Commissioner for Refugees at Geneva, Switzerland.

No one can deny her prowess as a lawyer and global leader. In 1996, she was voted as one of the 100 Most Powerful Women in Asia. Most Filipinos even believe that Senator Miriam’s overflowing wit and boldness are the answer to transform and discipline the Philippine bureaucracy. That is why everyone is thrilled to hear her presidential bid.