15 Celebrities who will Shock you with their Gender and Partner Preference!

The issue of gender or gays, bisexuals have been a thing this decade. Gender revolution as a matter of fact has been the highlight of this decade. News, controversies and a lot of uprising regarding women and the third sex has been a permanent feature. Talks and enlightening discussions about gays, bisexuals, transexuals, pansexuals, lesbians have been a popular thing. According to social scientists, gender must be differentiated with sex, because sex is about the biological aspect, while gender is the social aspect; the one that is performed. Gender has a lot more connection to whom you prefer to sleep with rather than what private part you have. Since there has been many issues concerning oppressions of the people belonging to these LGBTQ community, coming out and proudly saying that you’re one is a difficult act. This is especially true if you are a public person or if you are a celebrity. Coming out may destroy your reputation or whole career as well. So, it has been a challenge to this list of celebrities! Check them out! 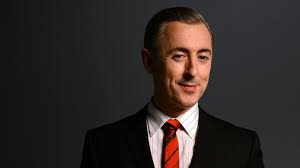 Alan Cumming is a Scottish-American actor popular for his participation in hit movies like the X-Men, Spy Kids, Emma and a lot more. He has been a hollywood star since the 1980s and has managed to maintain a very good career since then. His name has quite a reputation and he is in fact one of the very respectable actors in his generation. But what most people do not know about him is that he is part of the LGBTQ community. He is a proud bisexual, and never once that he became ashamed to tell that to anybody. He had had relationships with both men and women  and he was never ashamed nor confused about it. He even married several of them. When asked about what bisexuality is, he said that “I see a worrying trend among LGBTQ people, that if you identify yourself in just one way, you close yourself off to other experiences. My sexuality has never been black and white; it’s always been gray. I’m with a man, but I haven’t closed myself off to the fact that I’m still sexually attracted to women.” Even if he portrays ‘manly’ or ‘gay’ roles on films and TV series, he know his true self and nothing, according to him can change that. He is just so thankful that fans and viewers can accept him for who he is.