Check this out! 18 Celebrities who were Already Rich Before Entering Showbizness

There are many stories behind the camera; and among them is the main narrative of the actors and actresses involve. For some people, artists enter showbizness because of the glamorous lifestyle, the social influence, the incredible popularity, and in practical terms, for the good amount of fortune. Aside from that, artists also differs on how they manage to enter the ‘showbiz world’. As some would know there are many talent shows, reality TV shows and even talent scouts roaming the country to find the next ‘big star’. While some didn’t mind to start off as extras and having just cameo roles, some used their family names and reputation to be part of that world. Yes, there are indeed many celebrities who are already rich before they entered showbizness. Some are even from old-rich families having lots of properties in and out of the country! Some of them are mentioned in this list! Check this out! 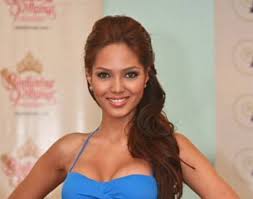 One of the “Eat Bulaga Fame Babies”, this Beauty Queen already belongs in the upper strata of the society even before being the “Happy Birthday Girl” of the noontime show. She started her showbiz appearance on 2015 as the girl who leads the ‘birthday’ segment of the show. She also has several hosting stunts in the news show, 24 Oras as the Chika Minute host. But what most people do not know about Patring is that she is from a well-off family. She graduated from one of the premier universities in the country with a degree in Pre-School Teaching. This being said, she plans on having her own preschool institution someday.

The one and only “Yaya Dub” of the AlDub Nation, Maine Mendoza is also among the celebrities with rich families. Her family lives in a spacious and very glamorous mansion in Bulacan. Her parents also have stable businesses, which let them live extravagantly. Maine studied in one the premier universities in the country, De La Salle College of St. Benilde. She even took up her internship at one of the five-star hotels in New York City. She indeed is from a well-off family. Now that she’s been earning millions of peso herself, she expanded her family businesses and now has several outlets of a famous food chain store.