Love they say is a very temporary thing. It is fluid, it comes and it goes. And more often than not, people tend to be blinded by the fact that they were overly in love to notice the practical side of their relationship. They married and they ended up regretting it. Thank the law, for there is an annulment process. It voids the legality of the marriage of two couples so when they want out of the relationship, they can have full peace of mind. Showbiz personalities also experience this kind of misery in the latter part of marriage.

As a matter of fact, their group has the highest incidences of annulment cases. For them, it is very important to take that step of closure; to finally put a legal end to their relationship for their benefit. Here’s a list of those celebrity couples who wanted out of the relationship cleanly through annulment. Check this out! 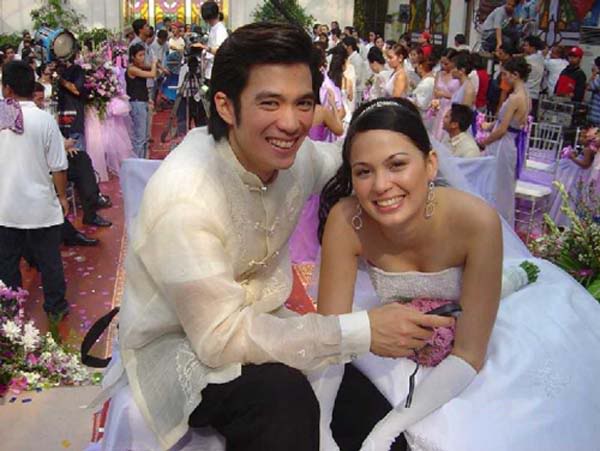 They thought their love would last; that what they had was for real. Unfortunately, love was just sweeter when its new. The two met at a local TV show and fall for each other immediately. Since they both celebrities, it was never hard for them to see each other and go on a date. Everything was lovely, according to some of the netizens. They are even one of the hottest couples back in the early 2000s. They tied the knot in 2004 at the Nueva Ecija province. However, upon getting married, Kristine realized that maybe they did the wrong move. So a year after that, she called for the nullification of their marriage, in 2005. It caused a rollercoaster of emotions to local viewers. What’s more controversial was that, even after that incident, Kristine still hoped for a reconciliation between them, and yes, hoped for another ‘marriage’. This is clearly before she met Oyo Sotto. Today, Diether Ocampo is still a bachelor while Kristine is happily married to Oyo Sotto and yes, they are having another baby this year. 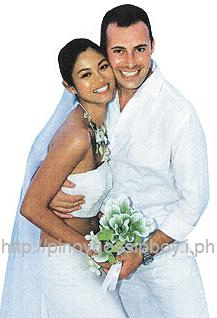 Miriam Quiambao was a Beauty Queen and a TV host before she married Claudio Rondinelli, a business tycoon in Hong Kong. They got married in 2004 in Boracay. It was barely a year after they met when they have tied the knot. They started as couples very much in love with one another, and for them back then, love was enough to keep their relationship strong. However, it is not the case. Thinking that love was enough, they forgot to notice the small things that matter, the simple incompatibilities that make their relationship shaky.On one interview, she said that “it was a marriage doomed from the start”.  After two and half years, Miriam filed for an annulment and was granted just this 2010. Upon receiving the news that the annulment was finally granted, she can’t help but to cry because as she said, it was the best decision she has done in her life. Today, the two remain as very good friends and Miriam is now happily married with Ardy Roberto.