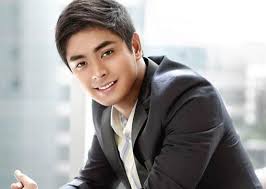 Coco Martin who plays iconic roles in today’s television, recently popularized as the “yummy” actor in the Nescafe’s TV commercial, started out in one of the ABS-CBN’s talent agency star magic. His first cameo appearance was in the film Luv Text where he was credited in his real name as Rodel Luis Cortez Nacianceno. This first film was followed by many other independent films where he earned the title “Prince of Philippine Independent Films”.

After a few years being in the world of independent films, Coco Martin makes one of his boldest moves when he portrayed Ramon Lecumberri in the television series Tayong Dalawa. He played here as the bipolar brother of Gerald Anderson, The role, as he said was one of the most challenging. He confessed that it is never easy to act as one who is always on the verge of breaking down every time he films a scene. One of the highlights of his TV series performance was when he starred as a twin in Minsan Lang kita Iibigin with Maja Salvador as his leading lady. Playing two different personalities at the same time could get very confusing specially when the characters are closing the gaps between their differences. The whole world was also stunned when Coco Martin and Julia Montes stands out in the remake of Walang Hanggan who were first played by Richard Gomez and Dawn Zulueta. The two made a very heartbreaking television series that most of the Filipinos were left teary eyed at the end.

Starring in a lot of Films and TV series had made him a real pro when it comes to acting and now, Coco Martin takes up a new role; one that no actor has ever done in may years. Living up the name of a legend. The Probinsyano title was once held by Fernandoe Poe Jr. in his film with the same title which was released on 1997. It is said that The “Ang Probinsyano” was one of the most treasured films of the Da King because he directed the movie himself. The biggest catch in this new series is that we will see more of Coco Martin as he readies himself in firing guns and making breath-taking stunts throughout the series. He would be taking up the role of a police officer that takes the identity of his twin brother who was killed in a drug bust operation. The movie was made complete and romantic with the presence of his two lovely leading ladies, Angeline Quinto and Bella Padilla. This series would surely hook up not only Coco Martin’s die-hard fans but also those oldies that were once loyal to the late Fernando Poe Jr., who made a legacy in the history of Filipino movies. 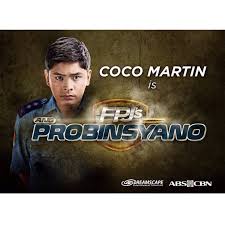 It is true when they said that Coco Martin had already made a name in the Film and TV industry, it is one of the legacies that could never be erased in every Filipino’s mind. He was a model of a young aspiring and very talented artist who did everything he can to make it to the top. He did not only got a place in the TV industry but also remained as an inspiration to those young actors who are just beginning to make a name of their own.