“It’s Official”. Said the maid of honor and sister Alex Gonzaga. This two words, finalizes the wedding bells of the ultimate wedding couple. The lovely couple finally tied the knot last June 12, 2015 at the Methodist Church in Taytay, Rizal. The wedding itself is simple, elegant and very romantic. 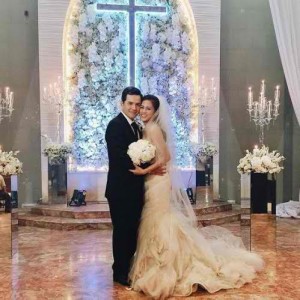 Toni Gonzaga wore a Vera Wang gown that shows her personality and outstanding beauty. This wedding, as had been said summarizes the life of our Celestine princess, her life as a TV Show host, As an Actress and as a Successful singer. In fact, Forbes Asia named Toni Gonzaga as the most powerful celebrity in the Philippines, having the most number of appearances ever recorded on the entertainment industry. 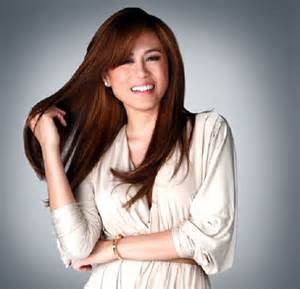 This successful lady, was given a big break when she starred in Sprite’s TV commercial with Piolo Pascual, her famous “I Love You Piolo” tagline had become one of the most remembered commercials in history. Toni Gonzaga did not only succeed in being a show business personality but also in her own life. She studied Mass Communication in San Juan Dominican College and later transferred to a different school and a different course taking up AB English in Asia Institute for Distance Education. She is now currently enrolled in University of the Philippines Open University taking up a Bachelor’s Degree in Multimedia Studies. 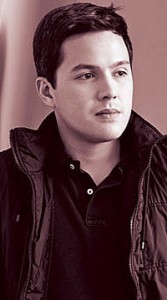 After years of being in Show Business, Toni Gonzaga’s heart was captured by one of the most eligible Bachelors today, Direk Paul Soriano. Direk Paul is a multi-awarded director. He won the best director and best screenplay awards in FAP awards for the movie “Thelma”. He also directed the movies, “A journey home”, “Transit” and “Kid Kulafu”.

The couple had been together for 8 years before finally tying the knot on June 12. The wedding was held at Toni Gonzaga’s church in Taytay. Toni said that it was her life long dream to get married in the same church. Like any other weddings, one of the most awaited highlights of the event is the saying of Vows. Direk Paul’s message was simple and yet full of love. His very words were: “When I saw you come down that aisle, I saw everything; my future, the beautiful mother of my children in the future — that was the rest of my life right there”. This words nearly brought Toni to tears, but what was unexpected was that when Toni finally said her vows, Direk Paul was the one in tears. Toni said: ““Paul, as I look back, I couldn’t help but wonder why you never left. Our relationship was never easy. And every time I would ask you, why are you choosing to stay with me? You would simply answer, because I love you.” These couples were tagged as Perfect. But Direk Paul said, they were not perfect. They are just couples who choose to be with God rather than focus on each other.

People have high hopes for this couple considering that they are one of the celebrities who had a long-term relationship before getting married. They’re love and devotion to God and to each other would surely take them farther and longer from where they are now. After hearing wedding bells, the people are now waiting for Baby Showers and Christenings. Best wishes and God bless to this lovely couple.