Grapes can kill your kids

Two-year-old Jacob Jenkins had been a coma since choking while out with his parents at Pizza Hut in Hartlepool on Friday, October 16, 2015. The kid had stopped breathing for 30 minutes while first aiders worked to remove the grape. 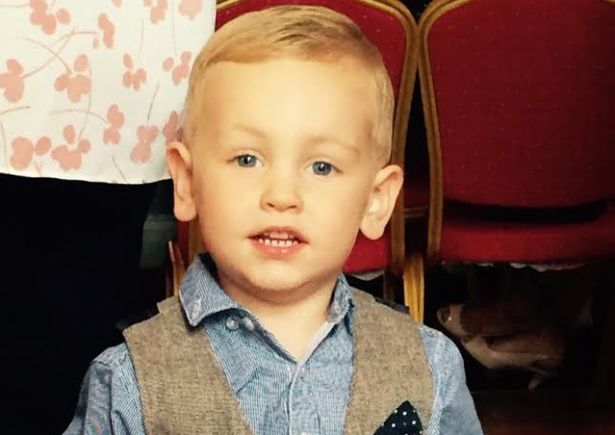 Hundreds of people gathered in his community to release yellow balloons in his honour last night, but with all hope of a recovery gone, his parents chose that moment to let him slip away.

His mum Abigail Wilson said: “Jacob grew his angel wings at 7pm as people let off their balloons.

“We chose this time to let him go as we knew everyone would be thinking of him and have him in their thoughts.

“There was nothing we could do. Jacob died in mine and his dad’s arms with his family by his side.”

Abigail and David’s social media post became an avenue for parents to share their sentiments about the incident and was transformed into a melting pot for awareness. Parents begun sharing their own tragic choke incidents.

Robert and Kathleen Lapsley, revealed in a comment that while they were on a family holiday in 2014 at Morfa Nefyn, Wales, their daughter Jasmine, 6, died due to grape choking.

The couple recalled how they tried to save their daughter, but the little girl did not make it.

“When you open your eyes every morning, it’s just there. This nightmare’s just there. And we have to live with that now for the rest of our lives. She’s not here anymore.”

In 2011, another four-year-old boy, Dylan Dosanjh, was found dead by his school friends at Grangehurst Primary, Coventry after having choked on a grape.

In 2005, a 17-month-old baby from west London choked on a grape while on a trip to Tesco and was not revived by medics. 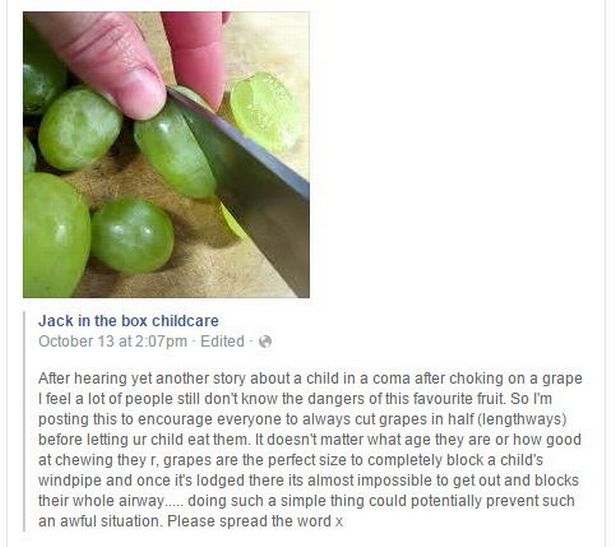 The news on the death of Jacob through grape choking spread as parents began to share the Facebook page Jack in the box childcare  which talked about  preventive measures on serving grapefruit to children.

“I’m posting this to encourage everyone to always cut grapes in half (lengthways) before letting your child eat them.

“It doesn’t matter what age they are or how good at chewing they are, grapes are the perfect size to completely block a child’s windpipe and once it’s lodged there its almost impossible to get out and blocks their whole airway.”

Watch: My Child Is Choking – What Should I do?

Following Jacob’s death Millie’s Trust, set up in memory of nine-month-old Millie Thompson who died after choking on mash at nursery, decided to share a list detailing the names of children who have died from choking and what food they choked on highlight the dangers.

Millie’s mum Joanne urged parents to be aware of the dangers of all foods and urged them to turn phones off and focus on their children when feeding to avoid any distractions.

She said: “Children and adults can choke on anything and you need to be vigilant at all times especially when children are eating. Unfortunately, accidents do happen and first aid does not always work.

“There are things parents can do to help try and prevent choking episodes happening, for example by ensuring children aren’t fed in forward facing buggies when you can’t see them.

“Your problem is when the child goes silent when they are choking, most people would presume that a child has fallen asleep – when sometimes this may not be the case.”

She added: “A parent can of course prepare themselves for this situation ever happening by attending a paediatric first aid course where they can learn the skills to deal with this situation happening and, if the situation ever arises, the parent will also know that they did their utmost to help the child when they were struggling.”