Poverty is rampant in the Philippines and it does not only affect Filipinos. Poverty also affects foreigners who live in the country. It is in fact surprising to see foreign nationals begging in Philippine streets and most would be skeptic whether they are legit or not. 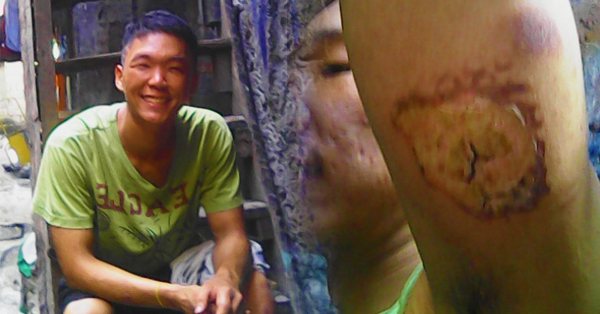 Koreans are in almost all of the Philippines’ major urban areas. From up north in Baguio City to Davao City down south in Mindanao, Korean restaurants and groceries can be seen. They have blended well with many Filipinos that many Koreans marry into the Filipino community, while others have many Filipino friends.

A Facebook post has been circulating online seeking help to send a Korean national home. This Korean national is living in wretched condition in the Philippines after losing his job and his girlfriend.

The plea was posted by B.M. Ponteras saying that the Korean national, named Jun Youjin (also known to locals as Joseph) was a call center who used to live with his Filipina girlfriend. However, he was rendered homeless and forced to beg for alms in the streets of Paranaque and find shelter anywhere possible after he lost his job and his girlfriend left him.

Ponteras said Joseph is usually covered with bruises, cuts, and bruise marks which he thinks Joseph got from wandering around and getting bullied or abused. She posted photos of Joseph and his bruises and burn marks as proof. She said Joseph acquired his burn marks after he asked for 12 pesos. The person who burned Joseph did it in exchange of the 12 pesos Joseph was begging for.
Ponteras hopes that by posting the photos and Joseph’s story online, the Korean Embassy and Youjin’s (aka Joseph) family and relatives to notice his plight and help him go back home to Korea.