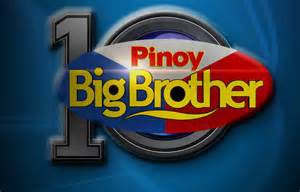 After 10 years of real-life drama, PBB is now opening it’s doors for it’s new season, the PBB: 737. The new edition of PBB is composed of teens from different provinces of the Philippines and also opens for other countries that are born Filipino or with a Filipino blood.

Auditions for PBB are something that most Filipinos are waiting for. They are actually waiting for a chance to be known and the experience to be in PBB. Over the past 10 years, thousands of Filipinos auditioned for the said TV Show and endured the long wait of getting interviewed as one of the housemates. PBB 737, however, found a faster way of registering their housemates to-be, through an interactive mobile service via ABSCBN mobile where the first 2000 applicants will get a sure slot for audition. Aside from the mobile registration, they also have their personal auditions, in 10 key cities in the Philippines. There are 32,673 who auditioned locally, 130 in the United States, 98 in Japan, 96 in Australia and 516 online. However, after this auditions, the numbers of official housemates are still unknown to the Public.

PBB, started as Season 1, then came as Celebrity Edition, Teen Edition, Double Up and All-In, now, PBB sets it’s new title as PBB: 737. On the first day, the meaning of the first “7” was revealed. It stands for the 7 weeks that these housemates would stay inside the PBB house. As for the next numbers, we still have to watch out for that.

The newly renovated PBB house is inspired with the modern and classic Filipino culture. Although the overall appearance of the house changed, the floor plan and the floor area remained. The house is now full of colors with passages commonly used by teens today such as the symbol “hash tag” for trending topics and a cute Sorbetes kart cooking area style.

PBB has made another breakthrough when they introduced the housemates by set on ASAP 20 and ShowTime. The following are the list of housemates who are now in the PBB house. 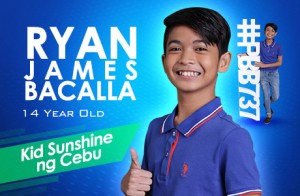