Peanut butter can you make you a millionaire!

Delia Santos, a peasant from Leyte, moved to Bulacan to look for a better fate. However, she still experienced extreme poverty up to the point that she could not buy medicines for her children. 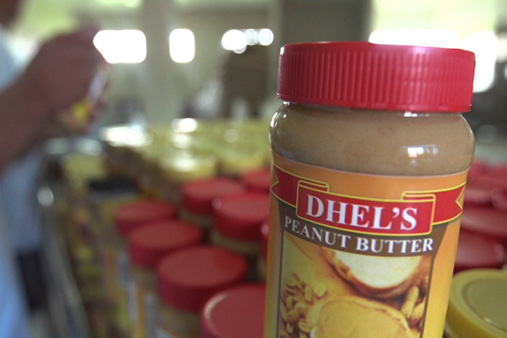 Her story was featured in ABS-CBN’s May Puhunan. According to Delia, her luck started by selling candies to kids. As her candy business grew bigger, she was able to build a sari-sari store where she started selling goods.

That is when people, especially workers, started buying her goods, and borrowing some money. One of her customers that the peanut butter business of her boss was going down. Her pity to the workers and her need of the money she lent them motivated her to start her own peanut butter business. She started it by hiring them.

Just like any other businesses, hers did not receive a warm welcome, at first. Her product became known later on when stores started re-selling the peanut butters because of its delicious and unique taste.
Dhel’s Peanut Butter is now one of the most in-demand products in the market. From a peso candy business, Delia Santos now earns more than 5 million pesos. She also shared the recipe of her success!