People ate with a dead woman inside MCDO. Find out the whole story!

HONG KONG – A homeless woman sits dead at a Hong Kong McDonald’s restaurant for several hours while others are eating without noticing the dead body.

The woman is reported between 50 and 60 and was found dead Saturday morning inside the McDonald’s outlet at a public housing estate in Kowloon Bay. Local media reported the woman was slumped at a table, 24 hours after she first entered the restaurant in the working class district of Ping Shek. 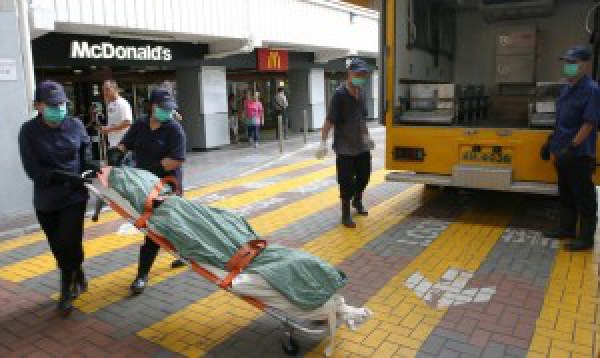 She had not moved for seven hours before fellow diners noticed took notice of the motionless body.

She was 1.6 metres tall, with short black hair and wearing black-rimmed glasses dressed in a gray long-sleeved overcoat, white t-shirt and black trousers, and wore slippers. However, no identification document was found inside her bag and wallet.

It is believed that the woman had been sleeping at the outlet on regular basis.

McDonald’s later clarified that the woman had not ordered any food, but staff noticed she was moving and even asked for water from the counter.

CCTV footage showed the woman entered at 8:39am the previous day – 24 hours before she was found dead – and sat at a table near the bathroom. At 1:20am she suddenly slumped over the table while other customers ate their meal unaware of the incident. 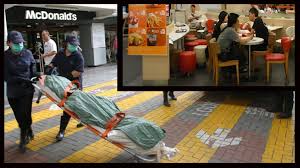 “To complement the modern lifestyle of people in Hong Kong, some McDonald’s restaurants operate 24 hours a day. We welcome everyone to visit out restaurants any time,” the MCDO spokesman said.

“In order to provide a pleasant dining environment, we would not disturb our customers, but our service will be offered promptly upon request.”

The Ping Shek Estate restaurant, where the incident happened, was cleaned and disinfected immediately after the incident.