We are pretty sure that most of the kids and the kids-at-heart of yesteryears knew and loved Super Mario Bros. We also bet that there are still people who spend time playing this video game, making it an all-time favorite!

Youngsters of today may be addicted to the newer video games, DOTA and COC. But nothing else compares to Super Mario, one of the best and most successful games ever launched, with over 40 million units sold since 1985.

We know that fans are still mourning for the untimely death of Shigeru Miyamoto, the creator of Super Mario Bros. That is why we prepared a list of fun facts to commemorate his remarkable success, today, as we celebrate the 30th anniversary of Super Mario Bros. So cheer up and… 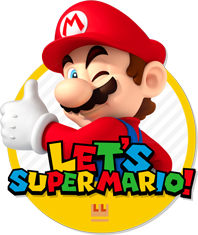 Mario had undergone through a series of renaming before he became known as “Mario,” the plumber. He was first known as “Ossan” which means “the middle-aged man” in Japanese. However, Shigeru Miyamoto, its creator, preferred a “solid, imposing name”. Thus, when Donkey Kong was launched in 1981, Mario became known as “Jump Man.”

In addition, Mario was meant to resemble Popeye. However, Nintendo “lost the license of Popeye,” and launched Jump Man (a.k.a. Mr. Video Game) instead. Besides, there are some speculations that Donkey Kong was actually Bluto; Olive was the Damsel in Distress; and Popeye was Jump Man.

Then Jump Man became Mario when the famous Mario Bros. was launched this same day in 1985. Happy 30th anniversary Super Mario and Luigi! 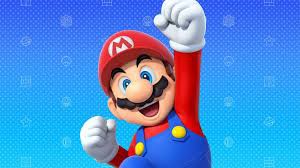 Just like most workers, Mario had undergone through a different job before he shifted to plumbing. In Donkey Kong, Jump Man was a carpenter who went through obstacles in construction sites to save Pauline, the damsel in distress, from Donkey Kong. Jump Man became the antagonist in Donkey Kong Jr. as he assails those who tried to save Donkey Kong, Sr. including Donkey Kong Jr. (of course).

It was just in 1983 when Mario became the plumber in the best-selling Japanese video game Mario Bros. Since then, Mario has appeared in more than 200 games with more than 25 different careers; one as a doctor in the 90s video game Dr. Mario.

Luigi was initially known as “Pipe Jump” when Mario Bros. was launched in 1983. This time, players in the two-player mode can choose to make Pipe Man to be either the partner or the opponent of Mario.

While Mario was said to be named after a “cranky warehouse manager,” Luigi was named after a pizza house in Redmond, Washington where Nintendo’s headquarters in the US can be found. However, some say that it is from “Ruiji,” a typical name for Japanese male.

To an extent, Wario is expected to be the bad version of Mario since its name sounds like war. However, the name “Wario” actually came from the combination of Mario and “warui” (the latter means “bad” in Japanese). Luigi’s bad version is known as Waluigi which is the “rearrangement of ‘ijiwaru’” which means “someone who is bad”.

Yes, Shigeru Miyamoto drew Mario as such for it to become recognizable. In an interview, Shiggy said that the character has big nose and mustache because he was inspired by the characters of Italian comics.

Then when he had shown his illustration of Jump to Nintendo America, the workers started to associate Jump Man to a warehouse man named Mario because of the resemblance. That was the time when he decided that, “Mario’s a great name.” 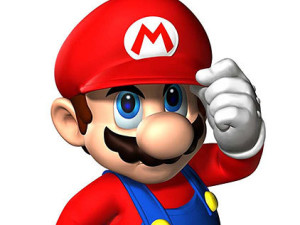 Mario’s red cap is another trademark of this game. It is not there because it is cute (though it, really, is!), but because of the limited technology available when Mario’s appearance was first conceptualized. It was then difficult to make Mario’s hair move along with his body when he jumps.

However, when Super Mario 64 sprung in 1996, Mario’s cap can be stolen by his opponents, an action which makes Mario more vulnerable to damage. In some Super Mario series, Wario, Luigi, and Yoshi can wear this cap and get the abilities and appearance of Mario for a limited time.

Do you know that Koji Kondo was also the composer of the epic soundtrack of the Legend of Zelda?

Kondo ensured that the music for Super Mario Bros. harmonizes with the actions perfectly; and that it will be memorable to the players. He composed all the six songs for the game including the “Ground Theme” which was up at the Billboard Charts for 125 weeks. Because of his achievement, Kondo is coined as “the greatest legend in the video game audio industry”. 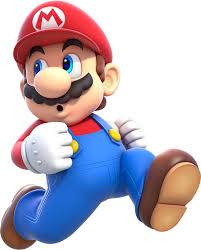 Furthermore, Super Mario Bros. and its sequels are a well-loved child-friendly game, right? We assume that parents would not buy it, in the first place, when there is a possibility that kids might follow the dangerous stunt of smashing the head on blocks to get rewards.

Most of all, according to Nintendo, the blocks were originally the inhabitants of the Mushroom Kingdom before the Koopas turned them into blocks.

Shigeru Miyamoto also received the ‘Lifetime Achievement Award’ in the 2007 Game Developers Choice Awards. And we all know that he deserved it and his legacy will be remembered.