Top 10 Richest Clans/Families in the Philippines

Situated in a third world country where everything is developing in its own pace, having to reach the top in terms of financial status defines you as the role model of success. Having distinct and diverse backgrounds, these tycoons all have one common ground, each one of them are entrenched a stamp of their hard endeavor in the Philippine industry. Not only do they dominate with their influential investments, but they also provide a scrumptious amount of jobs for the Filipino community to give back what they earned. 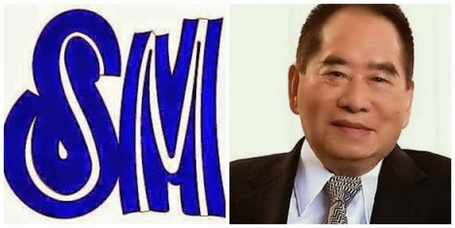 Henry, the “Father of Philippine Retail” is the 73rd richest person in the world, garnering a net worth of $14.4 billion which was 20% more from the last annual statistical data. This glamorous industrialist who came from South China was known for not giving up based on his awe-inspiring success story.

He made all success possible by having the drive to study. He learned English when he was twelve despite having the need to get back to the basics in a Chinese High school in Quiapo. His batch mates were much younger than him but this didn’t stop him from his dreams. He finally graduated and even completed his grad school by keeping his grades higher than 90 to accelerate many grade levels. Being frugal also helped him as he used second-hand books instead of asking his hardworking father to buy his supplies.

Being timed in an era of chaos at the end near end of World War II and the rule of late President Ferdinand Marcos, he overcame all of the crunch especially when his father lost their only source of money, their two sari-sari stores. Basically, it seemed like their family’s money vanished in thin air. He then decided to be left behind to start a business instead of going back to his homeland. Eventually, he ventured out more into buy-and-sell trade to save up and now, look at what he has become.