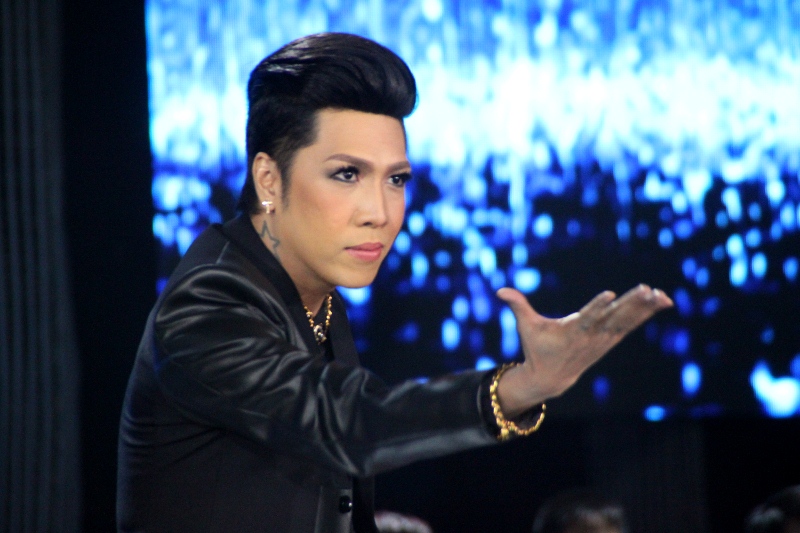 Vice Ganda a well-known personality for his antic jokes and punch line amazed his enormous fans and tele-viewers by his word of wisdom or also known as hugot. In It’s showtime a segment called Advice Ganda, Vice Ganda as Madam Birtud shall entertain and help the guest by his advice. The show may imply as a love advice but as it run on it turn out to be versatile. Every person has its different problems in which is not always about love that Vice has to solve or somehow lift up their spirit.

Vice Ganda got the respect and admiration of people by his heartwarming advice to a letter sender for today. A girl named Pamella Reyes approached Madam Birtud (Vice Ganda) today on Its Showtime segment Advice Ganda aiming to lessen her burden.

A fresh high school graduate admitted that she was a victim of bullying. She was given names by her classmates such as “kabayo, mangkukulam, tuko, maitim, panget” and sometimes end up to physical offense by throwing rocks or crumble papers at her. Pamella can’t help but blub while telling the rest of the story to Vice.

The atmosphere of the show changes as the Pamella shared her struggles to Vice. This problem makes her esteem lower to the point she doubted and ask herself in front of a mirror of “What’s was wrong with me?” Vice Ganda asked her if she ever tried to tell her problems to her teacher but Pammela said that the issue became worst, her classmates bullied her more. She even shared this to her mother but only once for she doesn’t want to burden her.

Vice encouraged Pamella to believe in herself. She must accept her flaws so whatever people might say about her she will not be afraid to hear and accept it. And as they tackle it more Vice weight it saying “Hindi mahalaga kung maitim ka ang importante ay hindi kasing itim ng kulay mo ang budhi mo. Hindi mahalaga kung magaspang ang balat mo ang importante ay hindi kasing gaspang ng balat mo ang paguugali mo”

As the conversation got deeper Vice Ganda ask her assistant to get his wipes. When he slowly removed his make-up, wigs and contact lens revealing his flaws, the true Vice Ganda the audience was already on tears. Ensue of it Vice asked the audience to take a picture of him and post it. Whatever the people says about him, criticize him or whatsoever, as he said it, he doesn’t care at all.  He did this act for Pamella to inspire her gloomy spirit.  He encourages the people to take a selfie of them without any make-up and post it to instagram, facebook, twitter with a  hashtag #Proudtobeme.

This gesture moved every single person watching it’s showtime. A true proof that even a very antic person and segment can brought true lesson and message to humanity and society. And once again Vice Ganda proves himself to the people that even without make up he is still beautiful.