Woman tries to humiliate a service crew; who turns out to be the owner!

CUSTOMER IS ALWAYS RIGHT! This is a quote that is being raped by customers for a century now. Just because they are the ones fueling a business, they thought they can do anything or say anything to the staff and crew without thinking if they are already hurting someone with their words and actions.

This particular incident posted by FB User Ayeen Valdezco-Regalado here, tells us that no matterhow high your life status is, you should never ever look down to other people, because just when you think you are higher than them, you might be just as wrong.

Ayeen, details her horrible experience with this woman who thought she was a service crew(she’s the owner of the resto). The incident happened when the woman thought the “Liempo” served to her was “Porkchop”. Ayeen then showed the different between the two pork cuts which made the woman very angry. To Ayeen’s surprise, the womaneven pointed a fork at her and started poking her (Well, if this woman did this in the U.S. or other country, she would end-up in jail). 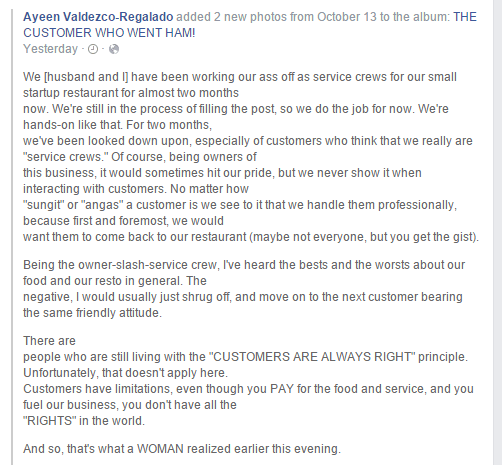 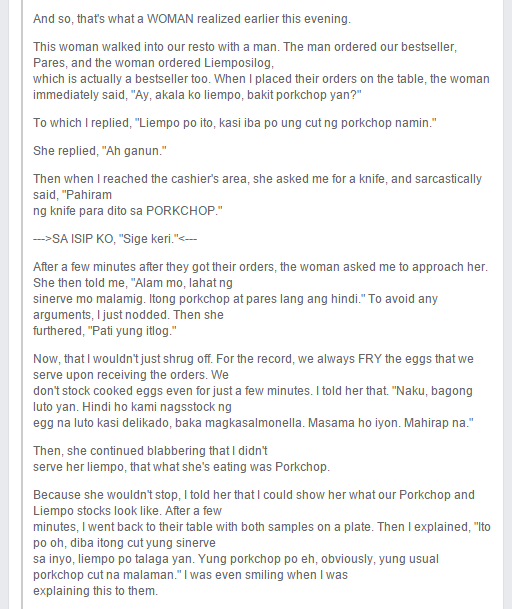 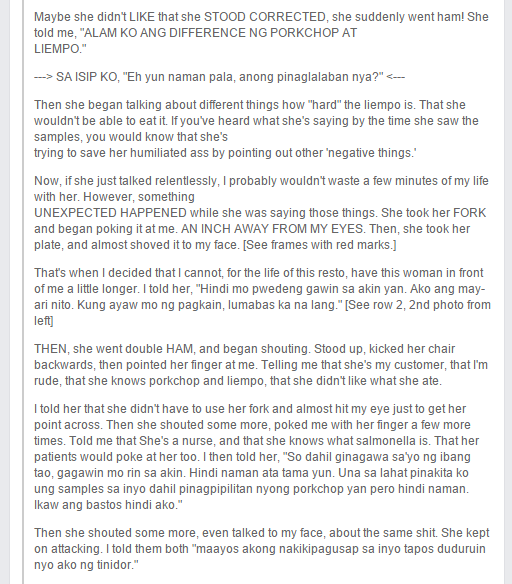 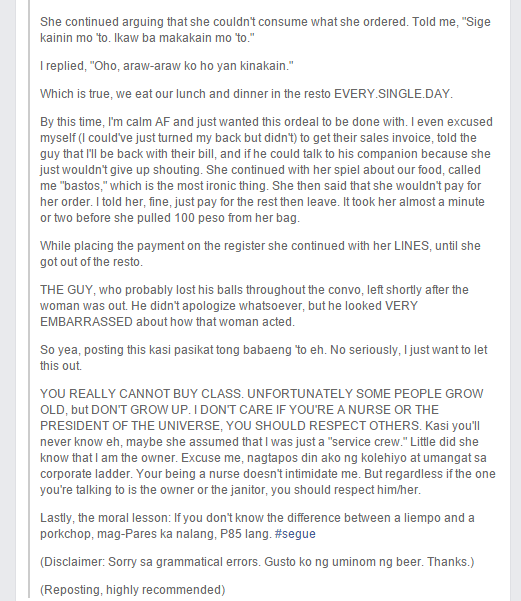 We will tell, time and again, this to everybody, you may be paying for the food and services but that doesn’t give you the right to humiliate, threaten or degrade anyone. If you don’t like the service, ask for a refund and leave.

Just because they are mere employees doesn’t mean you can treat them as nothing. Food servers, crew, and staffs are people just like you and people deserve to be respected.

To whoever this woman is, please have the decency to make an apology!