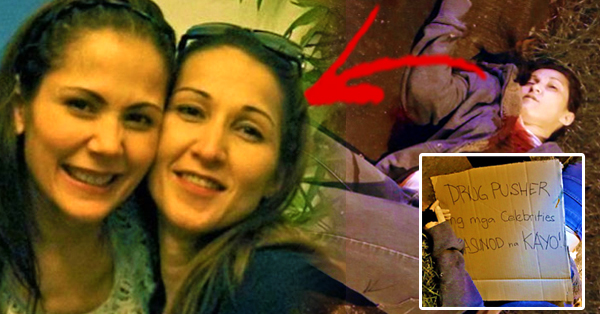 Aurora herself is not directly the spotlight, but her sister was. She is a sister of Maritoni Fernandez, a very popular kontrabida actress. Aurora did not travel the path of showbizness but she was nonetheless famous in her own way. In 2013, she was caught in a buy-bust operation in Quezon City.

She was found in possession of cannabis, crystal methamphetamine and ecstasy, but was not charged with selling; she was just a user, but she was caught nonetheless. Early September this year, Aurora was found dead by authorities along Temple Drive corner Giraffe Street in Barangay Ugong Norte with multiple gunshot wounds and a cardboard placard. The cardboard says  “Drug pusher to celebrities, you’re next”. The family chose not to divulge in public how they reacted to the incident for they want to keep the matter private.