Did you ever find yourself singing the latest jingle of a TV commercial unconsciously? Well, you’re not the only one. Through the years, Filipino television has been filled with different kinds of jingles of TV Commercials that we have found really catchy. Some actually started making their own versions of it or even creating their own dubsmash of a commercial. Some of this jingles makes us laugh and some might bring a little tears to the eyes. In effect, this commercial brings the product’s popularity rate to the peak and also make its stars an instant celebrity. Here are the top ten TV commercials that has captured our minds: 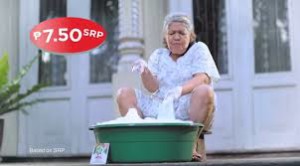 Throughout the years Ariel had made a name in the detergent industry of Filipinos. Launching its newest jingle had made everyone get into the beat of its song. Since it’s product release on 1999, it has made great innovations when it comes to stain removal and other features. The 30-second video using Cece Peniston’s 1990’s song “Finally”, hit the Filipino market and got us swaying into the lyrics of “Finally Ariel Happened to me!”. 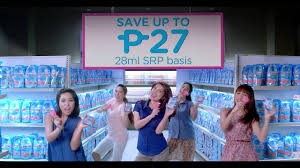 As one of the leading companies in creating fabric conditioners, Downy had yet again made another breakthrough by introducing a catchy beat of their new commercial, the one tag liner of the song makes it easy for viewers to memories the song and get it’s message. It’s “One scoop, one sachet” movement promotes the idea that they can save more through it’s higante pack while still having the same freshness brought by it’s single sachet. 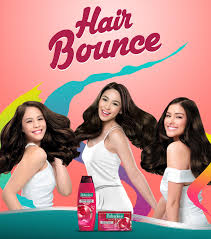 Palmolive is known for its creativity in making it’s own song with almost the same beats and of course for getting young and beautiful artists in promoting their brand. In this commercial, Janella Salvador, Liza Seberano and Julia Baretto made the commercial beautiful by singing and dancing to the beat and of course promote it’s tagline “Bounce ditto, Bounce dun” which means you never have to worry about lifeless hair. 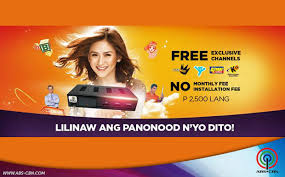 With Sarah Geronimo’s singing and dancing grooves, this commercial has made its way to Filipino’s minds and hearts by creating a groovy music and by including common people into it’s commercial. They also made quite a buzz by overpassing cable operators with their no-monthly fee charges.

There is more to Commercials than meets the eye, Lactacyd’s Cool and Fresh commercial not only provides a good beat but also made an impact in every woman’s personal needs. The appearance of Anne Curtis made it a glam; the pretty and successful actress portrays exactly what a modern woman should be. The commercial itself shows different kinds of women in different situation that needs to freshen up and be the best woman they can be.

Nestea’s commercial are more unique than ever since the cool and humorous role of Nikos on it’s love at first sight Nestea commercial it was followed with more humorous commercials and now, using the song “Marry that Girl” and followed by groovy dance moves plus a few awkward moments, this commercial hit the top rating. 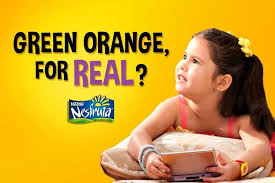 If we are talking about nursery rhymes and kid’s song, every child could never forget the famous Kendra Superstar as she sang with her mother Cheska-Gracia Kramer to the rhythmic melody of the song “Dan-Dan-Dan-Dalandan”.The adorable way this cutie smiled and sung in the commercial made our hearts warm. 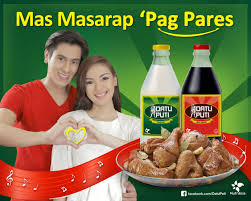 Filipino’s are definitely into Love Stories and cheesy lines, the commercial Datu Puti with it’s song “Mas masarap talaga kapag pares” Combined with a few “Kilig” moments made us think of Love and that is something that could never be missed. 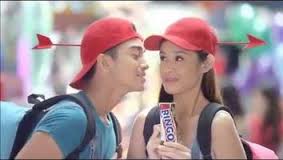 If you are into teenage cuteness and candidness this commercial is definitely for you. The various perks of being a teenager in love was perfectly portrayed in this commercial, doing everything together in a cute and lovable way. The song “Treat you right” was sung by TJ Monteverde that gave the commercial an acoustic beat that fits into the theme of the Ad. 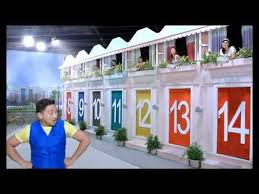 Michael V. had always made Joy’s commercial come up with a funny twist that captures it’s audience, the newest campaign of the brand shows Bonjoy in a Broadway instructional video on washing dishes. The novelty song with an upbeat groove makes the viewers turn their heads and the humorous way Michael V. takes up the role, completed the whole package.

TV commercials are already a part of Filipino Television. Some even find themselves waiting for the next commercial of some brands that are really good in putting up advertisements that somehow placed a smile on their faces. This promotion whether you believe it or not affects us, the ads makes us feel the need and the message that what they are selling is actually a good fit for us.