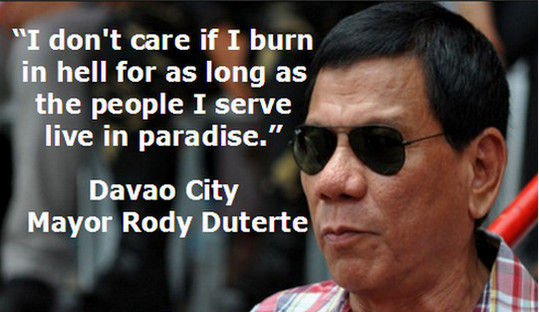 In April 2014, Mayor Duterte was nominated for the “World Mayor” award which is given every two years by The City Mayors Foundation to outstanding leaders who served their communities well. However, Duterte politely refused the nod, saying “I did it not for my own glory, but because that was what the people expected me to do.” It was not the first time that Duterte declined an award though. In the past, he refused to accept awards for Davao City, including the one given by theAmerican Cancer Society and the 2010 anti-smoking award in Singapore.