2. His accomplishments as Davao City mayor 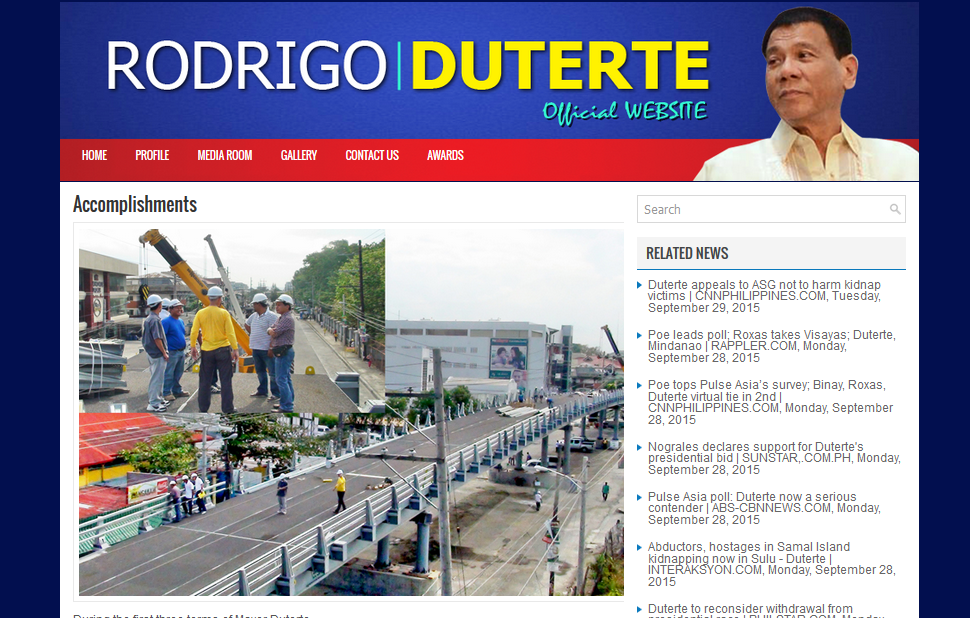 Duterte’s somewhat unconventional leadership has been praised by Filipinos who are longing for peace and order, so much so that Duterte was ranked fifth among all Filipino politicians included in the list of 2010 most trusted individuals by Reader’s Digest. However, Duterte’s success is not just one-dimensional; his unprecedented term as a mayor saw the transformation of Davao City from a crime-infested area into a thriving business hub equipped with its own 24/7 emergency hotline (Central 911). Among the notable ordinances enacted by the city government under Duterte were the firecracker ban, liquor ban (which prohibits the sale and consumption of alcoholic beverages from 1 PM to 8 AM in public places), and the anti-smoking ordinance. It was also during Duterte’s term when his community was recognized for the third time as Outstanding Local Government Highly Urbanized City, cementing Davao City’s place in the National Literacy Hall of Fame. In terms of social services, the city government has continuously implemented various projects to ensure health and wellness of children and the marginalized sectors of the community.