The entertainment industry has made a big impact in the lives of the Filipinos. In fact, most of our habits, songs and expressions came from TV commercials and shows. Believe it or not, we are all caught up in a life were the social media is one thing that most of us are inclined to be a part of, and because of this classic trend, our stars did not only made it to fame but also made a fortune out of it. Here is a top 10 list of the Filipinos who were now marked as the richest in the film industry. 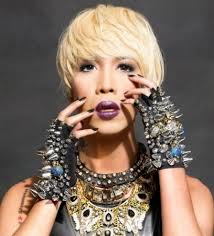 Jose Marie Borjal Viceral or as we commonly know Vice Ganda is a stand up comedian. He is known for his observational comedy, situational irony and sarcasm. Entertainment is one of his specialties; he does it so good that sometimes it looks effortless for him to be able to make us laugh. Vice Ganda had made a breakthrough in his career when he became the first gay endorser of one of the biggest telecommunication companies in the Philippines—Globe Telecoms.

His acting career had given him the opportunity to become an artist and opened his doors to a life of fame and fortune. Starting from being a stand up comedian in comedy bars with Pooh, John Lapus and Rey kilay, to being a regular show host in Showtime and eventually having his own Sunday talk Show Gandang Gabi Vice.

He did not only excel in acting but also released two albums that made it to the charts. Imagine making a fortune out of doing what you really love. Now, This stand up comedian earned 50 to a 100 million of net worth and made it to the top 10 of the richest celebrities in the Philippines.